by Clean Elections Minnesota | April 2, 2022 | For Your Consideration

A few months shy of 234 years ago–11 score and 14 years if you count like Lincoln–the US Constitution established one federal court, the Supreme Court of the United States. It left establishment of any lower federal courts to Congress. According to Chief Justice John Roberts, writing in 2011, only those lower courts are subject to control by Congress. He and the other SCOTUS justices are, ethically speaking, on their own in such matters as when to recuse themselves from cases that would involve them in conflicts of interest–or even give that appearance.

There is a federal statute defining in mind-numbing detail the circumstances in which judges and justices should recuse themselves (28 U.S. Code 45). But like the judicial Code of Conduct, this law seems to carry no weight with the Justices. During testimony, Justice Breyer explained that when he has doubts about whether or not to recuse himself, he consults professors for advice in difficult decisions. But the decision is his alone; making tough choices, he explains, is all part of the job.

Not satisfied with the absence of a specific code of ethics for Justices, Congress has repeatedly tried and repeatedly failed to establish such enforceable guidelines. In 2021 the House passed the For the People Act that would have required the establishment of a code of ethics for the Court. The Senate wasn’t having any part of the bill, including that part. (See this 2016 Constitution Daily article for details.)

Ketanji Brown Jackson…in a reasonable era would be confirmed 100-0.

The Court has been in the news lately, and not in flattering ways. For one thing, it conducted an occasionally undignified confirmation hearing for Court nominee Katanji Brown Jackson. It seems fair to say that at times the hearing was unnecessarily unpleasant for Judge Jackson and productive of more heat than light.

Although confirmation seems assured, it will most likely be a close call. All 50 Democratic Senators will vote in favor of confirmation. At this writing only one Republican Senator, Susan Collins from Maine, is on record promising to vote Aye. If every one votes, that’s a bare 51-49 majority. Two or perhaps three other Republicans are possible votes to confirm. But holding one’s breath isn’t advisable.

Contrast that situation with past confirmations that were often lopsided and bipartisan: Sandra Day O’Connor: 99-0. Ruth Bader Ginsburg (“Notorious RBG”): 96-3; Antonin Scalia: 98-0; Chief Justice Roberts: 78-22. More recently, however, the votes have been partisan and close: 50-48 for Brett Kavanaugh; 52-48 for Amy Coney Barrett. Safe to say this trend is no reason for optimism about the Court–or democracy in general. In George Will’s “reasonable” political climate, Jackson would be affirmed 100-0.

And then there’s the matter of Justice and Mrs. Clarence Thomas…

In January of this year the Court ruled 8-1 in Trump v. Thompson that the former president could not invoke executive privilege to stop Congress from gaining access to documents relating to events of Jan. 6, 2021. Justice Clarence Thomas was the lone dissenter. Since then media reports have flashed copies of unsettling phrases in emails to the White House from far right activist Ginni Thomas (Mrs. Clarence Thomas) cheering on the effort to overturn the election. The existence of this trove of incendiary messages has sparked a fierce controversy about whether or not Justice Thomas should have recused himself because of wife’s views and actions.

In the absence of an enforceable code of ethics for reference, public trust in the impartiality of the justices is essential. If the public suspects a Justice to be moved in his or her decisions by any motive other than defense of the Constitution, every decision will be open to attack from distrustful partisans of one stripe or another. And so it is in the recent controversy caused by the revelation of the emails from Justice Clarence Thomas’s wife.

The case for recusal (and a Code of Ethics)

On your left: Robert Reich

In his blog post of 3/31, economist and lawyer Robert Reich alerts us to the “pending death” of the US Supreme Court, and what Chief Justice Roberts must do to restore public trust in the Court. That trust, Reich says, “is now eroding–faster and more dangerously for the Court’s future than at any time it its history.” Reich proposes four steps the chief justice must take to stop the erosion–a code of ethics and Thomas’s recusal among them. Chief Justice Roberts must:

Click here to read or hear Reich’s case. (Enjoy his cartooning, while you’re there.)

It’s all a mere “kerfuffle”

And on your right: George Will

In his April Fool’s Day column, “Clarence Thomas and his wife’s texts: a kerfuffle about appearances,” libertarian/conservative columnist George Will rebuts calls for Justice Thomas to step down, be impeached, or even to recuse himself from future cases involving the January 6 events. It’s not that he’s a fan of Ginny Thomas: “She is,” he writes, “politically as mad as a hatter. The shelves in her mental pantry groan beneath the weight of Trumpian hysterics.” Will is that kind of conservative.

But he does object to the idea that Ginni’s hare-brained hysterics provide a reason for her husband to recuse himself from hearing Trump v. Thompson or similar cases. Will has faith in Thomas’s impartiality. Though he doesn’t make his views on a written SCOTUS Code of Ethics explicit, his denial of the need for such a code is implicit in his argument.

Nor is his opinion based on agreement with Justice Thomas’s views; it’s not partisan, in other words. In fact, he sarcastically views the attacks on Justice Thomas as partisan: “A Venn diagram of people who think Thomas’s recusal is required to protect the court’s reputation for impartiality, and of people who denounce the court as a conservative, illegitimate mini-legislature, would show a substantial overlap.” Further, he takes issue with Judge Jackson’s promise, in her confirmation testimony, that she will recuse herself from cases involving Harvard’s admissions policies, because she is a member of one of the university’s governing board. Recusal on that basis, he opines, “insults her.”  He credits her ability to rule impartially about policies she has supported as a member of the governing board. Now, that’s trust.

It’s worth noting that Will expresses faith that a Justice can maintain the independence of spirit necessary to make ethical judgments in regard to his or her personal decisions (as well as judicial decisions)–regardless of a spouse’s political activities or a Justice’s personal views, political leanings, gender, or ethnicity. He’s that kind of idealistic conservative.

Is the court’s death impending, as Reich asserts (with metaphorical flair), to be saved only by the Chief Justice’s taking the steps he describes? Or are such concerns for Codes and recusals overblown, a mere “kerfuffle,” as George Will believes?

The Court itself might seem a bit defensive. In his own confirmation hearing, Chief Justice Roberts declared that he would be an impartial adjudicator: “I will remember that it’s my job to call balls and strikes and not to pitch or bat.”  (Does the baseball analogy comport with an aura judicial dignity?) Justice Barrett has declared that the Court “is not comprised of a bunch of political hacks.”

A recent Grinnell College poll indicates the public isn’t buying what Roberts and Barrett are offering. In an October 2021 poll, more than 60% of respondents  “yes” to the question, “Do you think U.S. Supreme Court decisions are based more on the Constitution and the law, or more on the political views of its members”: 66% of Democrats, 63% or independents, and 60% of Republicans gave that disturbing response.

Establishing an enforceable code of conduct for the U.S. Supreme Court would provide a legal reference point when its ethics are challenged–a good place to begin shoring up public trust in the Court. George Will paints an idealistic picture of Justices with the ability to rule on their own behavior as wisely as we expect them to rule on on challenges to the Constitution. Would that it were indisputably so. 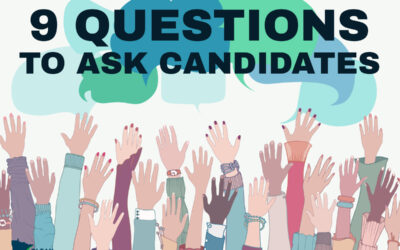 END_OF_DOCUMENT_TOKEN_TO_BE_REPLACED

Chair Nelson, members –  Clean Elections Minnesota is a nonpartisan nonprofit that supports fair elections in our state. We support H. F. 3666, offered by Rep. Emma Greenman, that prohibits intimidation of and interference with election officials.  The bill applies to...