Our democracy is malleable — for worse and for better

Former Obama speechwriter David Litt shows that our system of government is not preordained or unchanging — and indeed has been altered significantly in recent decades. (Photo by Ben Gabbe/Getty Images for The Moth)

Rachel Kleinfeld is a senior fellow at the Carnegie Endowment for International Peace. Her most recent book is “A Savage Order: How the World’s Deadliest Countries Can Forge a Path to Security.”

David Litt, a former Obama speechwriter, brings Dave Barry-style humor to an illuminating book on what is wrong with American democracy — and how to put it right. His humor and ability to clarify the complex take readers on a jaunty journey. In rejecting jargon like “voter suppression,” for instance, he explains, “It’s like describing a murderer as engaged in ‘lifespan adjustment.’ ”

Witty forays show how contingent our founding history often was. Instead of a sacred creation by gods, as constitutional originalists and some Christian legal scholars seem to believe, our government was structured by politicians fighting over the political issues of their time — such as Aaron Burr accidentally enabling the filibuster while rewriting Thomas Jefferson’s Senate cribsheet.

Litt’s playful stories and fun facts explode common wisdom. Only in 1964, for instance, did courts declare that congressional districts had to have roughly equal populations; beforehand, a district in New Hampshire had a constituency of three. The effect is to make U.S. history feel malleable.

Unfortunately, that malleability has been exploited. In the book’s strongest contribution, Litt shows how radically our democracy has been altered in recent decades. Since 2008, once-rare tools like the filibuster have been constantly engaged, and lobbyists have taken on roles formerly the purview of the declining ranks of congressional staff; since 1970, the number of disenfranchised felons has grown by 500 percent. Together, these changes have yielded a fundamentally different system than many of us intuitively assume. It’s an important contribution — and it saves this volume, which would otherwise be a (well-told) compendium of the major complaints liberals have with our governing system, bookended by practical suggestions.

Litt makes the case that nearly all of these negative trends are occurring by design. America runs some of the most flawed elections of any developed democracy. But it was no accident when, in 1959, a Louisiana parish cut 85 percent of its black voters while cleaning its voting list, just as it isn’t a technical error that recent elections feature wait times in African American precincts twice as long as those in white neighborhoods. Litt’s tale of the fiendish obstacles Texas has erected to prevent registering voters offers a vignette of such dark comedy that it merits a stand-up routine.

Our current predicament, Litt argues, is a result of a Republican Party that sees its demographic demise and believes that undermining democracy is the only way to maintain power. It’s the same argument President Trump made against expanding absentee voting.

Since bipartisan solutions are impossible in such circumstances, Litt suggests that whenever Democrats hold a trifecta of power — a Luke Skywalker moment when the Death Star is within rebel sights — they pass a slew of legislation to level things. Now that the right has skewed the playing field so far to their side, leveling requires not setting the rules to be equal but weighing things to the left so all comes out straight.

Fear of such a strategy is what drives Republicans to believe each election is Flight 93. It’s also an increasingly popular view among Democrats. Republicans have embraced an authoritarian leader and are undermining independent institutions and the rule of law — and when any Republican objects, they get evicted from the party and sent to the Island of Misfit Toys with the other Never Trumpers. Pro-democracy groups can work with conservatives at odds with Republicans, but bipartisanship is no longer possible when one party thinks it can win only by undermining democracy itself.

I admit to similar concerns myself. There is a long list of democracies (with Hungary the most recent) where one party has abandoned its commitment to democratic rules to maintain power. Partisans in polarized countries generally put their party slightly above their abstract commitment to democracy, as Yale professor Milan Svolik found in his study of how modern democracies are most often subverted. Their leaders dismantle democracy to widespread acclaim. From Argentina to India to Hungary, even if democracy is restored, it’s never as strong. The United States is on a well-trodden trajectory.

But if the future seems dire, there are three ways to pull back from the brink.

First, both Democrats and Republicans could recognize that they are wrong about the latter’s demographic doom. Since the nonvoting population is younger, poorer and more minority than most Republicans, both sides think more voting would benefit Democrats. Yet demographics aren’t destiny. Nearly two-thirds of nonvoters are white, and even the minorities are more conservative than most Democrats. A 14,000-person survey by the Knight Foundation found that if all nonvoters voted, both parties would gain about equally. In battleground states, nonvoters could push Trump into winning territory.

That hardly sounds like a reason for hope among liberals, but it is. Because if both parties believed that enfranchisement could help them, they might both do it. The country could become more democratic. And by being forced to actually listen to voters who don’t line up nicely with Democratic cultural policy or Republican financial policy, both parties might learn something.

Second, Litt’s Luke Skywalker solution ignores another new political reality. A party used to have a lock on Congress for decades. Now, despite all the trends Litt cites, Congress is more competitive than ever. Even if Democrats ram their policies through, those gains could all be reversed in two years. To avoid the roller coaster of Obamacare and DACA, we have to find some detente as a country.

Luckily, Litt provides the solution — the majority of Republican voters are to the left of their leaders. Over their leaders’ objections, Republican voters were essential to reenfranchising felons in Florida and passing ranked-choice voting in Maine. They compose part of the overwhelming public support for common-sense policies on immigration, gun control and even abortion.

But party membership today is less about policy preferences than about expressing an identity that scholars find is stronger than race or religion. A Republican with liberal views on climate change and gun control may be unwilling to undermine his self-image and vote for a Democrat. For Republican voters to stop fueling a party that has given up on democracy, they need somewhere to go that doesn’t make them admit defeat and become Democrats — and doesn’t serve as a spoiler.

That’s why reforms like ranked-choice voting are so important. They could enable a democratic wing of the Republican Party to form without being a spoiler. If Republicans had the option of conservative candidates who believed in democracy and didn’t need to toe the GOP’s current “hear no evil, see no evil” line, they might vote for many of Litt’s ideas.

Finally, liberals could drop the air of intelligent condescension. Despite sharing Litt’s political leanings, alma mater and love of cats, I could barely get past the off-putting tone I call liberal East Coast smug. More important, it means I can’t get my conservative brother or father to read this book and take its lessons to heart.

I’ll hope some former Republican takes it upon herself to write a translation. Meanwhile, those on the other side of the aisle can enjoy Litt’s rollicking read about this important topic.

END_OF_DOCUMENT_TOKEN_TO_BE_REPLACED 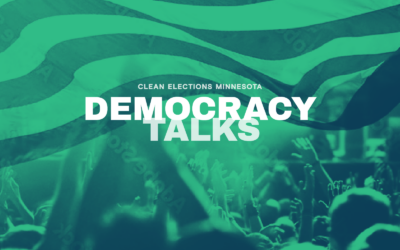